Raleigh, N.C. — Raleigh residents, friends and family who gathered Saturday night to mourn the loss of a young woman found themselves faced with gun violence.

A porch on Burgundy Street, lined with balloons and candles in honor of Zerinna Kellon, turned into the scene of an investigation after a person was shot.

Police were called to Burgundy Street just before 7:30 p.m., and they said one person was taken to WakeMed with a life-threatening injury. 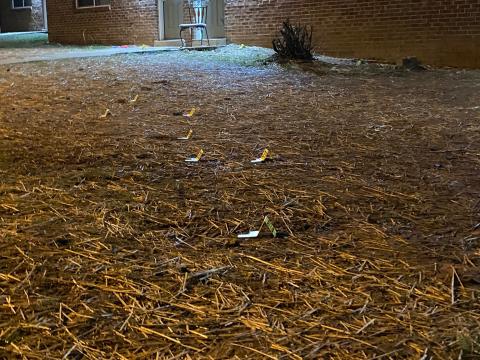 Dozens of shell casings were visible on the ground after a situation that witnesses said just got out of hand.

It was not clear what prompted the violence, how many people were involved or whether it was in any way linked to Kellon or her death.

“It’s unfortunate that this is what our weekend looks like here in the capital city,” Raleigh Chief of Police Cassandra Deck-Brown said. “This cannot be the norm to deal with whatever issues, disagreements (and) conflicts that are existing.”

“I think there’s a lack of value for life, understanding the consequences … we’re seeing this across the country,” Deck-Brown said. “I think there needs to be an awakening of conscience across this country.”